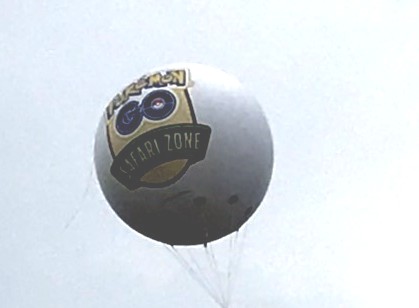 As usual, this is a roundup of my experience at the 2018 Tainan Pokemon Go Safari Zone. I’m sure more details of the Safari Zone will emerge as the event continues over the weekend.

Getting There (from Taipei) 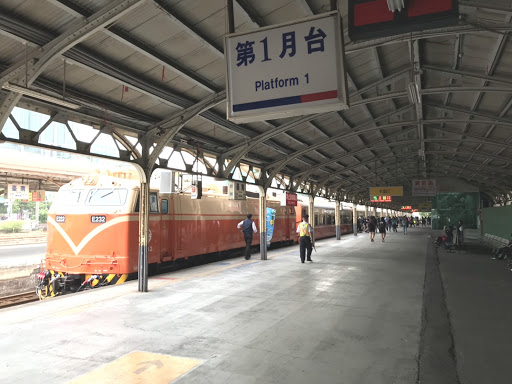 This time, I choose the standard train service offering by Taiwan Railway Administration (TRA). It’s a balance between price and time. Boarded the train at 6:20 and arrived in Tainan around 11, so roughly 4.5 hours from Taipei to Tainan and another 10 minutes via local commuter train to the venue (Baoan Station). 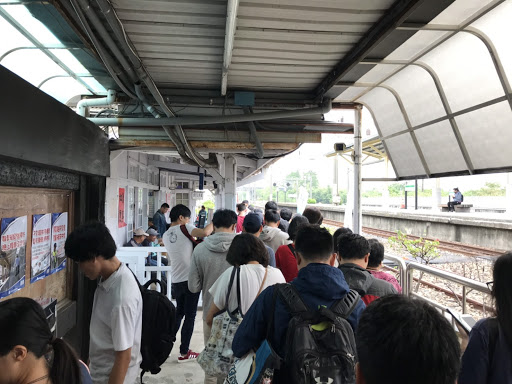 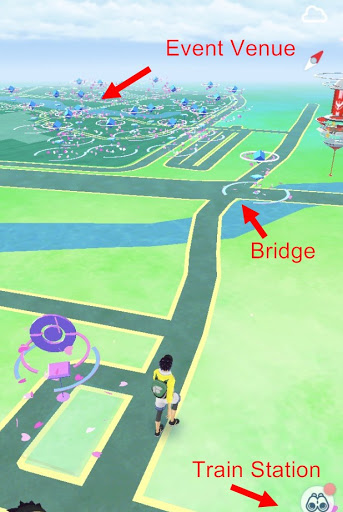 Once you get to the Baoan Train Station, the rest is simple. From the train station, walk straight out until you hit the main road, turn and head in the direction of the bridge/highway overpass. Cross under the highway, and you see a large parking lot on the other side. That’s one of the parking lots of the museum. The walk is about 5 minutes. 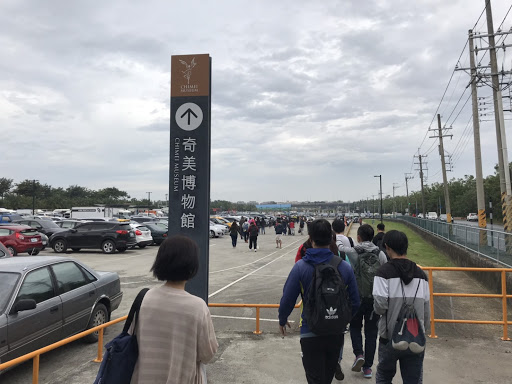 Unless you’re like me and heavily pressed on time, I seriously suggest staying a while in Tainan. It’s an old city with plenty to see and eat. But at this point, the news release says that room availability in Tainan hotels during the period is already pretty rare, so for those planning to stay a couple of days, you might need to look into options beforehand or think of booking accommodation further out.

A note on train tickets: Remember to buy your return ticket ahead of time. As the event ends at 4:30 PM, there’s already a sizable queue waiting to swipe their EasyCard or electronic wallet at the gate. This is one of the few cases where paper ticket might get you to the platform faster.

OK, obviously the telecom companies have their trucks and facilities in place around the park, so there shouldn’t be too much connection problem (again, fingers crossed for those going during the weekend). Spawns take place between 10:30 AM and 4:30 PM each day. 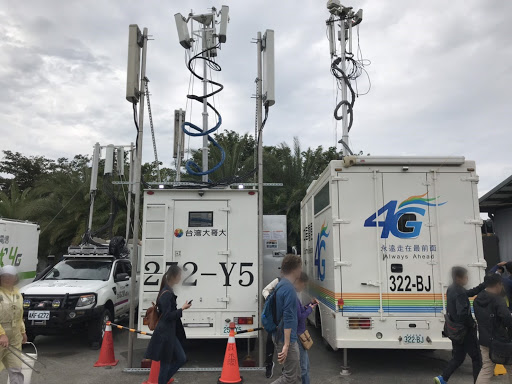 The good thing is there’s quite a lot of event spawns outside of the museum and park - even as far as the entire county. This was on my radar when I just disembarked at Tainan Station: 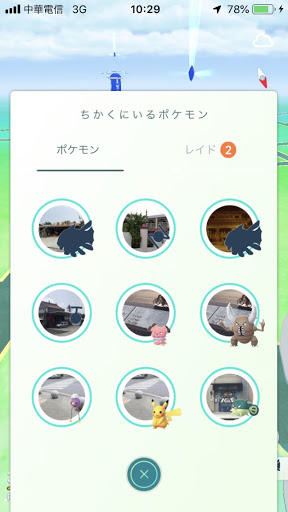 So you don’t have to go to the museum and can actually carry out the hunting elsewhere where there might be less people. Though I can’t confirm whether all the spawns appear in such a wide area at this point…

As advertised by the organizers, there’s Relincanth and the selection of Unowns. I got T, A, I, N, E, O, and Z (not sure if there’s more). 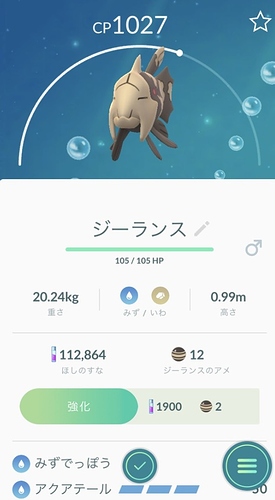 As for shiny versions, from the 5 hours I caught only the alternate Luvdisc and Pinsir. Another friend captured a green Kabuto.

Despite the intensity of pokestops (thanks to a lot of temporary stops), the frequency of Unowns and Reclincanth seems comparatively lower than the Chiayi event earlier in the year. 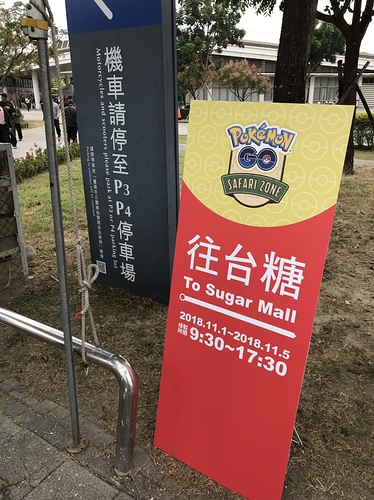 There is quite a number of stalls and booths with freebie activities going on at the museum venue.

One of the main freebie giveaway activities involves paper hats of Pikachu and Eevee, possibly because they’re promoting the upcoming Switch Pokemon game. You could queue up in front of the several booths around the park before the giveaway starts in the morning or the afternoon (I lined up for the one at 2 PM). Be warned… the line can get quite long. Yes, supposedly it’s one cap max per person, and they won’t give you another one if they see that you already have one.

However, there might be other activities going on at the same during during other parts of the day when not handing out the paper hats. I actually line up at the booths around 1 PM and ended up receiving free tissue packs from PCHome Online (a local online store) and was told that it’s not the line for Eevee hat giveaway. So ASK before you line up if you don’t want to get stuck in the wrong line and ending up wasting like 30 minutes…

Compared to the event in Chiayi, the venue is significantly smaller in Tainan. Yet, there seems to be a lot more variety with the food stalls and less ground to cover if you’re struck by hunger pangs. There’s also a small temporary 7-eleven inside the park. The bad news is that given the number of people strolling around inside the park during my short stay, so you can image how long the lines could get. 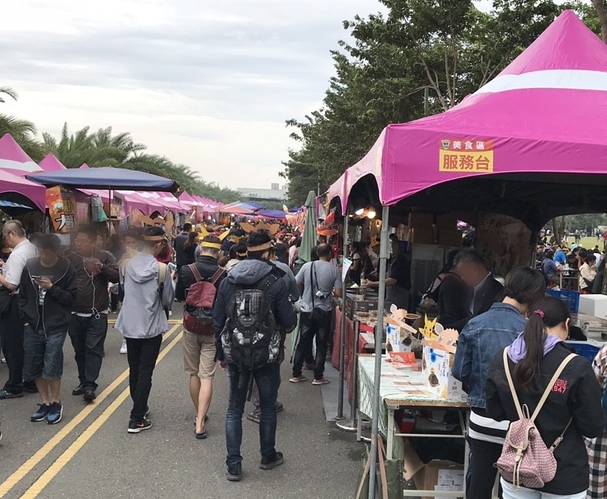 No need to worry about restrooms, since the organizers have set up enough temporary restrooms all around the site.

Also, there seems to be significantly more international travelers at the event. In addition to a sizable number of Japanese tourists, it’s quite commonplace to hear English and a number of southeastern Asian languages around the venue. Perhaps because the venue is easier to get to compared to the previous event in Chiayi. 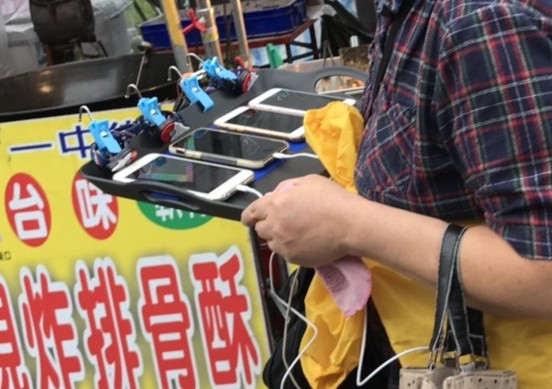 One thing is for sure at Safari Zones in Taiwan: count on the elderly folks with 2 or more smartphones/devices to show up in large numbers. I think it’s becoming a norm here…

A Note on the Weather

In case any of you decide to drop by the Safari Zone over the weekend, there’s an unusual out-of-season typhoon in the ocean nearby. The weather condition is affected by the depression, and precaution is advised (meaning bring your umbrella or rain jacket just in case). While the Central Weather Bureau of Taiwan is not expecting serious downpour during the event period, visitors will be walking around inside a park, with very little space offering shelter against a rain storm. Also, it goes without saying that you should bring some kind of cover for your smartphone if you plan to play on in the middle of heavy rain.