It has to be 10km in full to get the two candies - 9.99km doesn’t count, unless there’s an unknown glitch (which could be entirely possible with a new update).

Captain Obvious says walk your two eevee evolves their 10km each, switch to whatever other buddy, and then when it comes time to do the Espeon/Umbreon task in the Celebi quest, just switch to that eevee as your buddy.

Gee thanks Captain Obvious, what else does the experienced trainer need to know from a 2 month newbie??

EDIT:
Eevee buddy bar is 5km for a candy, I’m now wondering if you walk in 2 separate 5km blocks if that counts too, or if it has to be a continuous 10km block… hmm, I’d try it myself, but my app/gps is a bit rubbish at accurately reflecting the actual distance I’ve been walking

You also must walk Eevee for 10KM “during” the task and recieve 2 candies to finish it.

Prewalking did nothing for me but waste time.

See that’s why I shouldn’t try and answer questions while I’m at work - me no multi brain task good, arrghh

I mean, I first walk 9km, then change buddy, then get the Eevee back and wlak another 1 km
Will she still evolve into Espeon/Umbreon?

I don’t think that will work.
Best to try that on a throw away rather than have it fail on a good one.

I’m going to say no, the Eevee buddy bar is 5km, so you’ll get the first candy for the 1st 5km, but if you swap out part way thru the 2nd 5km bar then you lose that progress (the bar is an “All or Nothing” setup).

Wow!
A lot of problems if you do not use correctly the Eevee that you received from the quests, OMG.

You only need to do this for the first time if you haven’t got a. Umbreon or Espeon

I saw this in another website.
Have you saw it before?
Rename to evolve lol, OMG!!!

Yes it will.
Not sure what is so hard about this that theres 30 replys needed but lets sum it up:

To Evolve Eevee into Umbreon or Espeon you need to:

Then ofcourse you have to keep an eye on the time for the right 1 but everyone knows that right? Right? Nevermind lets include it just to be sure.

There are two lines, top is walking current and bottom is total walked

Isn’t that complicated. i explained this in a different post to on how to get espeon / umbreon

For your Eevee assistance. The ways to get Eevee “1 time” use These nickname tricks will work but only 1 time.For Umbreon and Espeon you can walk Eevee 10km then evolve it in day ( espeon) or night (umbreon) and it wil work numerous times. [image] 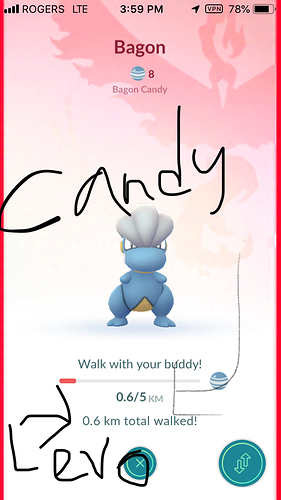 Ah true, sorry that Ive missed that one (but then again, a few others disagreed, so I wasnt sure and I dont want to screw my 100IV and my last shiny Eevee if it doesnt work)

Main thing is to remember to have as buddy.

No secrets guys.
Walk 10KM and 0.4 extra to make sure it’s counted.
Make sure your quest is done regarding 10KM.
As a buddy, just evolve during the day or night in-game and GG, quest will count and be completed before as soon as you click in evolve (even before appear the new pokemon the quest will be done).

If you are retard like me check everything before evolve to make you are NOT doing anything stupid.

All quests are done thank you all for the details and time dedicated.

The last quest is the same as the first eevee’s evolution. The only change is during the night “in-game” nothing else.

I walked with eeve 20k now. Renamed as Tamao and evolved two times now as my buddy. Still didn’t work

I’m going to be stuck on the special research