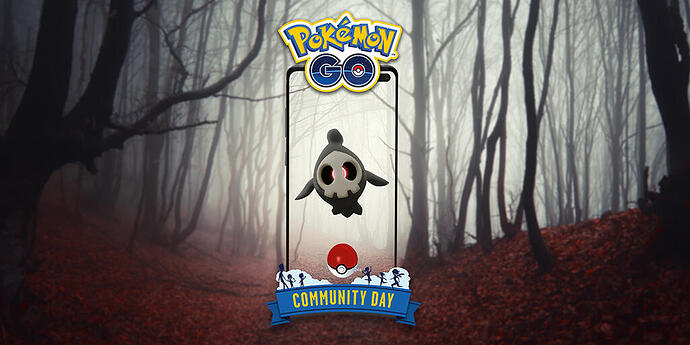 With Spooky Season arriving, we can announce that Duskull, the Requiem Pokémon, will be featured during October’s Community Day event! A type Pokémon for October Community Days has been a […]

Didn’t have the shiny yet. Gonna catch 3 of them, and call it a day after that. Maybe I’ll catch more, depends on wether I’ll go walk in Delft like I used to

Edit: it is on a Saturday. I’ll play for literally 30 minutes

Waste of my shiny time… 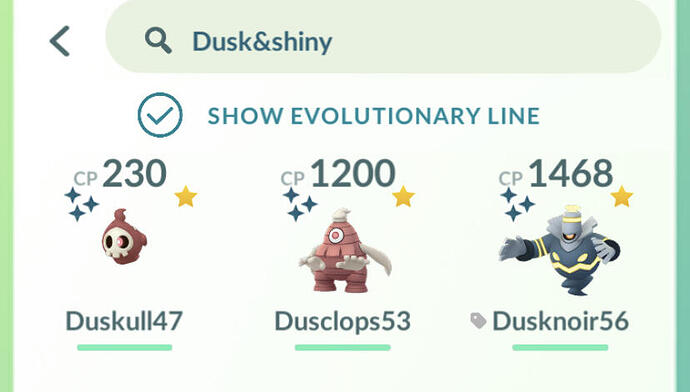 of what used to be an enjoyable event

I only completed this Shiny Line last July on a random Duskull spawn. It wasn’t even boosted by some event.

My only real chance of getting the 2x 100% is from 5-700 Trades after the CD.
The Shiny will be caught easy over the 6hrs surely

It will still be a boring grind for a dull Pokémon. This will be a good one for the bike and GoPlus.

Zero shinies in the Duskull family here, but one hundo. So I’m hoping to get shinies, but most of all for Stardust.

Will be looking to raid before and after; maybe 1 or 2 during the event, too.

Hoping that the november CD is something more worthwile

Oh, that would be too perfect.

How many other mons can compete with Chespin for hassle and irrelevance?

But for real, there’s not many great candidates even left
Like, Litwick, Deino… And what else?

I don’t have a shiny in the Duskull family but it’s not one that really excites me.

Anybody besides me waiting for Froakie? Shiny Greninja is in my top 3 favorites of shiny starter evolutions.

Litwick, Deino… And what else?

Maybe Timburr or Riolu? Even Houndoom or Cranidos would be preferable to Duskull, although I doubt the last 3 would qualify, due to having only one evolution.

Of course I am looking forward to that one. Shiny greninja is even cooler than the normal one

Surprised there has not been a CD for Bellsprout.

Vulpix almost got one so its fair game I guess
Riolu wouldve been a problem since its a baby and an evolved form
And Houndoom… I guess it might be somewhat better of an idea than Duskull, but its still a lackluster choice imo