Now see i want Draconius Go to exist because Niantic deserves it…
We all know how Niantic has been toying with the game for more than a year with no real improvement, all i know is that they need to interact with the playerbase and try to get ideas from them instead they are always silent and giving updates like if they have hired a brainless ZOMBIE to develop their game.
For real if i could meet John Hanke in real life iwould have kicked his butt hard and said “man wake up, or just goto trash”…

Prior statement: it may contain a number of controversial proposals, please do not discredit me and my point of view. Now let’s get started! Taking advantage of the launch of gen 3, I will explain the system and features which Pokemon GO can introduce, aims to help the long-term development of Pokemon GO. New types of evolution In the main series of Pokemon game, types of evolution can be broadly divided into five kinds: evolution by level-up, evolution items, evolution by learning movesets…

Because they used “Go” in the name of an augmented reality game, Niantic has legal grounds to pursue legal action. You cannot intentially name something after a registered trademark of a direct competitor.

I would”d be floored if they do not end up in court with Niantic and would be more surprised if they don’t lose in court to Niantic. While it is clever and the game may even be better, they made an error in judgement using this name.

I think Draconius Go was made to show Niantic what an AR game could be. It has nearly everything PoGo players have wanted (trading, PvP, balance Rural/urban gameplay) And The Fact That It’s already so popular with 400k Downloads In it’s 2nd week on the App store should show Niantic that the players need new fresh content or they leave to games that have that.

I’m not disputing that part, but the game is a very well executed parody. It just so happens that they took it a little too far in some ways

As a player/consumer of the game, I think both of the companies should take the mid point between quality of games and legitimacy.

Here’s a way out there theory for you.
The company that makes Draconius Go is a shadow company of Niantic. This alternative game is just testing ground/features for possible changes to Pokemon Go hence Niantic being rather silent on the similarity and need to squash it quickly?

Cmon Niantic time to wake up.
I think Niantic was always slow in development because they thought that they control a monopoly market called AR games with no competitor at all,now with draconius go and similar games Niantic should have a run for their money and playerbase and to be more specific consider the hard working legit player base or they will be history.

It might be hard for Niantic to win a lawsuit. There IS a difference in “conceptual art” between the two games (ever wonder why COD, Halo and Battlefield coexist, I promise you it’s not because the developers are friends)? Unless Draconius use Pokemon or use the exact same location (Pokestops/Gyms) data, than there is little Niantic can do… Im sure they will try, but in the end they will coexist much like iPhone and Android…

It’s google maps -.-
Kinda logical that it looks the same, don’t you think?

You are correct that similar games can exist, Halo couldn’t release a title like Halo Battlefield, doing so would violate a registered trademark and they would get sued.

The problem is they are an agumented reality game, that has a similar design, AND uses GO in the name. This may lead consumers to believe this is a product from Niantic. It is the fact that they have a similar product and violated the trademark that makes this an issue.

That’s why these laws exist, so competing businesses can’t use the name of a successful product to get consumers to buy it. If the game would have called something different there would not be an issue.

Only time will tell on this one… I’m not sure that the use of the word “GO” in the program title is a trademark violation of it own. Unless Niantic holds copyrights for the word “GO”… Are there similarities between the two games? Yes… Is it enough to convince an international court to side with Niantic on your statements? Maybe…

With the development of other AR games hot on the heels of Elyland and Niantic, only two things are guaranteed. (1) The lawyers are going to get rich. (2) Gamers are going to have more than one option in AR gaming…

I actually think it might not be. Some roads in in my area aren’t on this map. They’re all on gm.

Sorry if my comment mislead you to think I’m saying the Google map is copied from Pokemon GO. But look at these screenshot (from the internet) first. 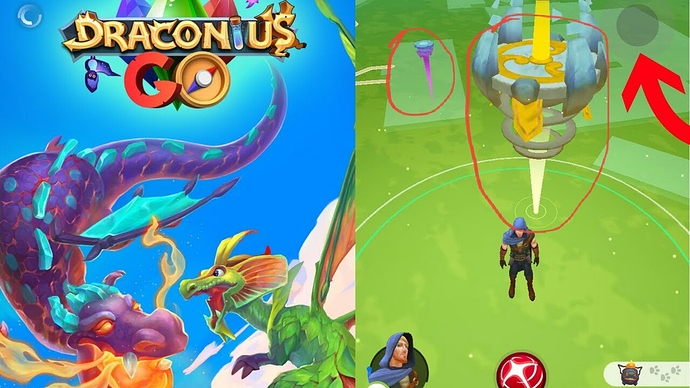 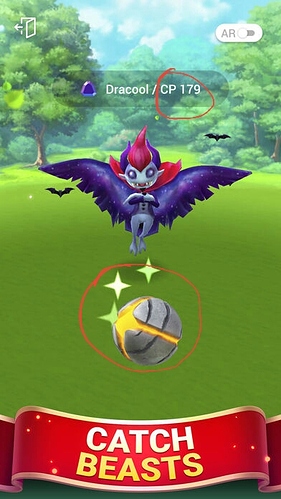 392×696 151 KB
Gym-like creatures and stops are completely copied from Pokemon GO. Also, CP should be a thing only in Pokemon GO. This is what I actually means by copied map. ‘Screen’ rather than ‘Map’ is better to describe what I want to express.

There is a difference between a copyright, a patent and a registered trademark.

Patent: protects intellectual property. Businesses get these so they can profit from designing and developing new technologies. Typical patent protection lasts 17 years.

Registered Trademark: This protects logo’s, slogans and other branding. This is to prevent businesses offering similar goods or services from copying these names, logos or slogans and stealing business from the creator. Businesses get these so that competitors cannot copy these slogans and confuse customers. These last 10 years.

Examples or Registered trademark would be that McDonalds could not make an new sandwich and call it a “Whopper” and Burger King couldn’t make a breakfast sandwich named McMuffin.

Because this of the similar nature of the products Draconius Go and Pokemon Go, it may confuse customers into thinking they are the same product or from the same company and it takes away business from the Registered trademark holder (Niantic). If they had picked a name like “Find that Dragon” or something that was not a blatantly copying Pokemon Go there may not be an issue.

I have to deal with this kind of crap on a monthly basis for my job, so I get frustrated when I see it. I’m not a lawyer, but I do enough to know this is a poor business practice and that Niantic has a case against them.

Played it for a day and a half. It’s definitely better than PoGo. Well distributed Towers(pokestops) to tank up. daily 3 free PVPs, quests, hunts, treasure chests, portals. arenas(gyms) … you get 10 coins/arena(max 100). The next day the returns get reduced to 7, don’t know what after. They have libraries where your creatures(mons) retrain incase you don’t like the move sets. You know the IV as soon as you catch them. It has spells and artifacts, not there yet. Some stones and Emeralds which you use in combination to cast a spell. 12 eggs to hatch and another egg which is called a Golden egg which you unlock after a treasure hunt. Just discovered this much in a day and a half. No active players in my area. So, my creatures are sitting pretty in arenas as of now. Another thing, wild beasts attack your creature team. If you defeat them then you earn precious gems/stones etc. It does have some glitches and wrongly placed towers/library/arenas but playing wise it is a pleasant change. Mainly because I don’t see any spoofers, frankly not seen anyone in the game as of now.

The game is (at the moment) too small, so no Spoofers can be bothered.