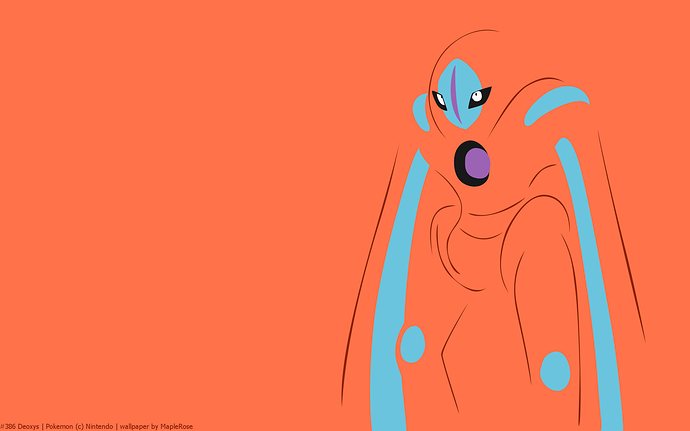 Only one more after this!

Time to try and get some Ex Passes again. Get my 2 as early as possible than not try anymore until the last form is released. Rinse an repeat than jump for joy when it’s finally gone.

I get an Ex pass every week, unless I’m on holidays. I’m not really excited about Deoxys anymore though. I just want all its forms to be in my Pokédex, but now it already is. I wonder why Niantic did that. 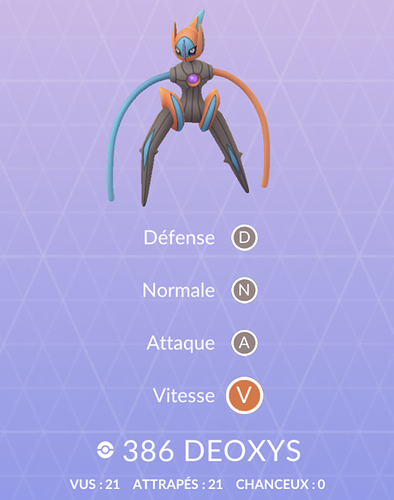 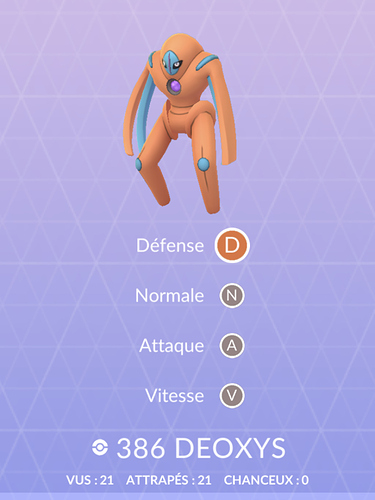 Really it’s difficult to understand, it has to be another bug.

My dex doesn’t distinguish between the forms with respect to which I’ve seen or not. The stats combine both attack and normal forms, and the entry shows all four forms. (Even though I’ve only seen two of the four forms, yet.)

In other words, it seems that what @Fabsu reports is normal. (Except for the part where he gets an EX raid pass every week. Most players won’t get them that frequently.)

now THIS will be a hard deoxys raid, but speed deoxys has best stats (note i am on a school laptop LOL)