With the new Pokemon GO gym rework we get a lot of changes to the gyms. Now, gyms will have to have six different Pokemons in them. A lot of people were saying that it will be the same six Pokemon as always, but I bet different. Not only the CP is not important now (it won’t give you a better position in the gym), super effective moves deal more damage. What makes some of the top CP Pokemons like Tyranitar, Dragonite, Rhydon, Gyarados and a few more pretty much useless.

While Blissey is still God tier defender, Snorlax tier I and Vaporeon close behind. Who else is close to them?

Lots of people are talking about Pokemons with awesome DEF stat like Steelix, Cloyster, Umbreon or even Skarmory and others. While I think some of them will be really good, let me tell you something about an unexpected candidate.

None of it’s stats is really great, but in the same time, none of it’s is bad also.

DEF stat (of 171) is close to Vaporeon’s (of 177) and we consider Vaporeon one of the best defenders, so DEF stat is okay.
While ATK stat (of 178) will not blow you away, it’s still better than Lapras, Steelix, Umbreon, Blissey (129) and many others.
It’s Stamina (of 190) is again not top-notch, but it’s the same as some of the best Pokemons out there: Exeggutor, Gyarados, Umbreon, etc. and better than Dragonite’s.

So like I said, it’s not great at anything, but it’s pretty good at everything.

But there is a lot more about Clefable that makes it even better. Let’s look even deeper into that.

Clefable is a Fairy type. That’s means it takes less damage from Bug, Dark, Dragon and Fighting type attacks (don’t forget, now, that is only 71,40% - link) and takes more damage from just two types of Pokemon attacks - Steel and Poison.

Not only it has only two weaknesses, they are Steel and Poison. And in real life situation, how many people own powered-up Scizor or Steelix with Iron attacks, or powered-up Muk, Nidoking / Nidoqueen or Tentacruel with Poison type attacks.

Now that TM’s are out there you can choose what attacks you want on a certain Pokemon. (well not really choose but roll the dice enough times and you will get what you want) And what you want on your Defensive Clefable is Charge Beam / Dazzling Gleam.

Not only that is his best defensive moveset, it has so many good thing going for it when in real life situation.

Imagine. Average Pokemon GO trainer with his Magikarp hat still, is walking down the road to take down a gym. He sees a gym with Clefable in it. He maybe knows it’s a Fairy type. But he never saw it in gyms before and don’t know what to use it against it. So he will use his most powerful Pokemons: Dragonite, Gyarados, Tyranitar, Machamp and Vaporeon.

That, of course, is not always the case. Some people will know how to take down Clefable, just as any other Pokemon, but against Average Pokemon Go trainer and against regular attackers with high CP Clefable with Charge beam and Dazzling Gleam moves to Tier II with Vaporeon and should be more common in gyms after we get the new update.

If you want to know more about Clefable, check it out on GOHUB database.

By the way thanks for sharing this with us, I will sure use my Clefable in gyms. I’ve always considered that variety in Pokémon GO was missing but hopefully this will change with this update.

This is very intriguing! Thank you and hope there will be more coverage like this in the next coming weeks from the hub!
Meanwhile lets see how well I do 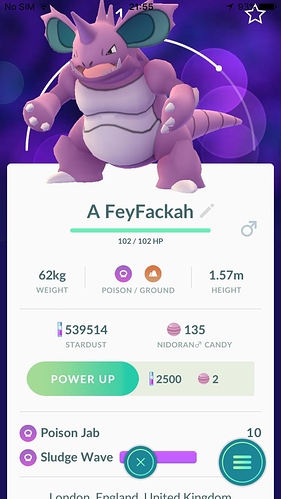 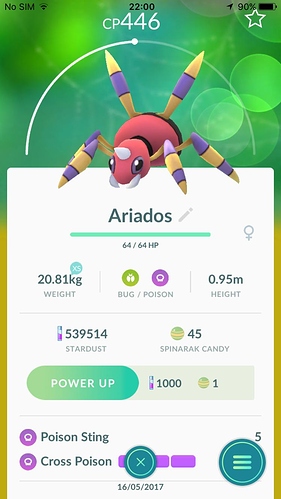 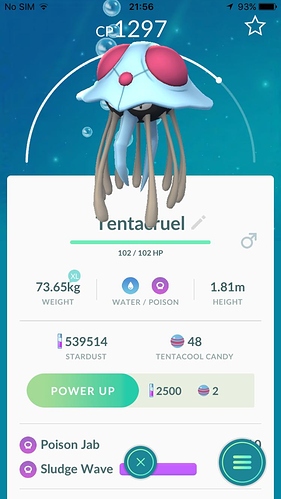 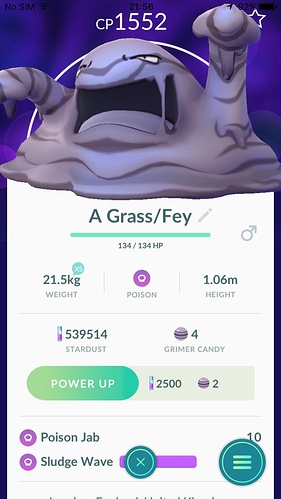 I have one maxed. It’s a pound/moonblast attacker though. Does viciously well. Fairies just have that hp. For a fun defender…

Lola. For reals look to annoying movesets. Also, the guys are fought order they were put in. Reverse or same? Cause time when you throw the blissey. Butt plug the gym so blissey is up first to drain their best attackers, then just fat bruisers to follow. 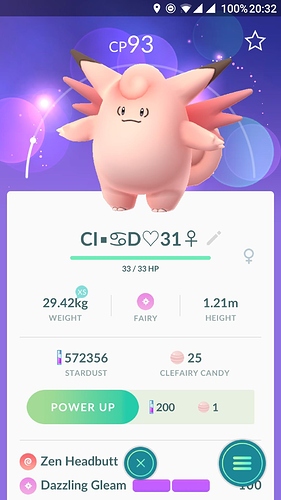