Article - We Need To Talk: The Sinnoh Stone and Evolution Items 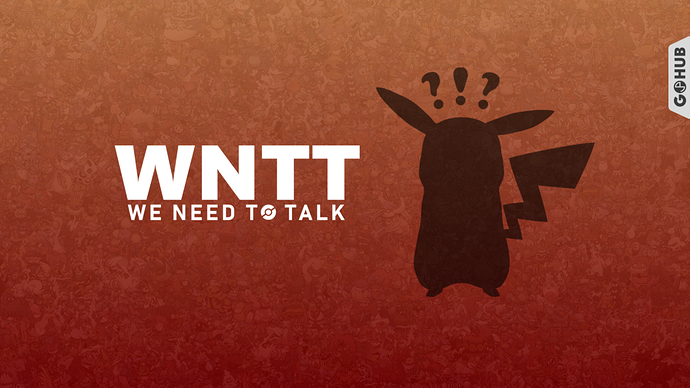 We Need To Talk: The Sinnoh Stone and Evolution Items | Pokemon GO Hub

UPDATE: SINNOH STONE IS NOW LIVE. CHECK OUR GUIDE HERE: Sinnoh Stone NOTE: This is the first article of this new series, so we are still working out all the kinks! Please feel free to write some constructive criticism or feedback so we can...

I would have to give this article a thumbs down because it reeks of entitlement, like “it’s been this way in the games so why change that?” You realize that in the main console games on the GameCube and Nintendo 64 have changed how some things evolved as well. Some of these complaints are completely nonsensical. Many of these evolutions in Gen 4 actually DIDN’T have an evolutionary item and required almost arbitrary tasks like having the Pokemon learn Ancient Power–usually through a Heart Scale–leveling up in highly charged environments or evolving in areas where a certain rock is, and the latter two are normally found in extreme cold or deep within forests.

The only problem I have with the Sinnoh Stone is the unanswered question on how it will evolve Eevee into Leafeon or Glaceon. Otherwise, I really don’t have a problem since it allows the players to choose which to evolve first instead of it being completely dependent on random chance. That was the issue with the previous round of evolution items because for some people, it took well over two months before they finally got all the items needed. It took me forever to get the Up-Grade for my Porygon.

Niantic has been trying to streamline the process for ease of players, and what you’re doing is sounding entitled purely based on a mechanic and went on a rant. Seriously, stop sounding entitled.

I don’t fully disagree with you, however I believe the article is just players opinions and feelings on the Sinnoh stone and doesn’t mean that it’s necessarily wrong or that they have to feel the same way you do.

My problem with the Sinnoh stone has more to do with consistentancy. They brought in all the gen 2 evolution items (kings rock, metal coat, dragon scale). If you’re going to do that be consistent and bring the other items for the gen 4 evolutions (reaper cloth, protector etc). They don’t need to bring the stones in since they didn’t include the other stones (with the exception of the sun stone). Now if they were to supplement these items with the Sinnoh stone for the location and move level evolutions than that would be fine. But that’s just my thoughts and opinion

I get it, but the tone to me was off putting. I get that it’s someone else’s opinion–people constantly criticize my unique-species approach while I find their’s boring–but delivery is important, and this article ruffled a LOT of feathers.

I don’t disagree, it felt very hostile in tone. And you’re right delivery is very important

People want Pokemon Go to be so similar to the OG games, it’s annoying, as long as you can get the Gen 4 evolutions you will be happy.

Or we would have turn base battling and alot of other OG game mechanics.

I am fine with 1 stone, just i want many of that 1 stone. Don’g want to wait 7/stone