What do you think of regis in Pokémon GO?

If you want to keep it before a raid or if you are on vacation and want to hold it long enough to get a few coins.

Regigigas? Regigigas has one of the worst abilities - Slow Start. It will be as useful as Slaking in Pokemon GO. It means it won’t be useful at all. There are bad legendaries: Registeel which is lowest CP legendary Pokemon, Latios and Latias because they’re too weak for Legendary dragons, Mew because Niantic decided not to give a potential to learn any move (it has a very limited movepool even if you use a TM).

People say Regigigas will be bad and has no use, but there are no abilities in the game.

No abilities Regiggigas has to be nerfed in another way, I presume halving its Attack stat entirely
Agreed on Registeel
Latios is a solid gym sweeper and not a bad choice to use at all
Latias isnt too good tbh
Mew is not a legendary and he sucks because of his stats, not his movepool

I asked that question to myself over and over again.
1 month!!!

Im powering up a 98iv regirock. It has an excellent rock type moveset. Itll be a great anchor in 6th slot when running a team of smackdown ttars golem etc

But why have an anchor to begin with, why not just heal and continue fighting with DPS monsters? 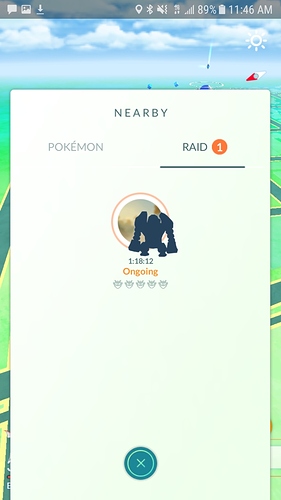 I don’t think of them at all. After Regice, it was one and done.

You never raided the others?

No, I got 1 Registeel and 1 Regirock and didn’t feel the need to seek out any extra.

You do the birds now, right?

I did an Articuno yesterday only because when I showed up at the gym to spin disc, a whole bunch of people were hanging out. So I asked them if they would need help. I’m actually perfectly content to wait until Mewtwo to do a raid again.

Meh, because atm they arent relevant and theres only a slim chance they will ever be. For the part that there is no bad legendaries, well maybe in main pokemon games, as for pogo just one word - suicune