Do you have a special power to see what is a Hundo?

you get 1 super power.

Not 12 but can’t seem to find the most recent catch thread.
This on local Discord. Only 2min drive from home 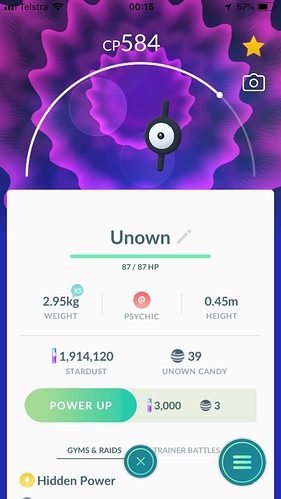 Already have this letter is the only downer. 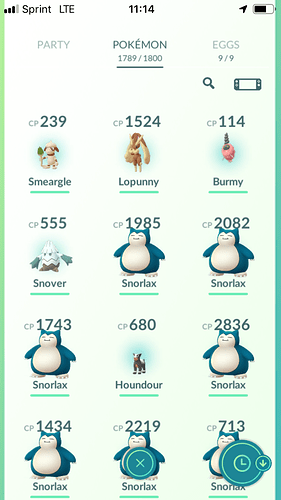 I dont have either, where can I claim.them?

Perhaps in the in-game shop. 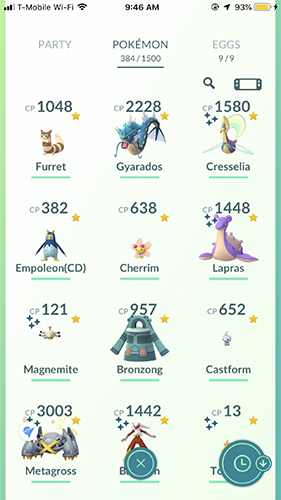 I throw away the Pokemon I don’t want, but these are the ones I kept or are currently holding onto for trades.

You can see a hundo Gyarados and a hundo Castform here. The Prinplup and Bronzong are 98%, and I’m holding off evolving the Prinplup until its designated Community Day, hence the “(CD)”. Cherrim is a 93% and the Furret is a 96%. I’m holding onto the Shiny Level 1 Torchic because I know someone collects what she calls “Shiny Babies,” which are Shiny Pokemon at Level 1. 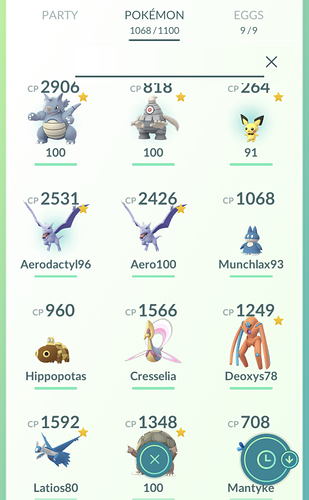 Wow, so much has changed since last week: 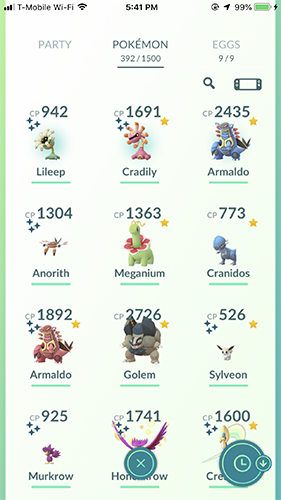 Some new Shinies, but the biggest thing is that I caught a 96% Cranidos with perfect Attack. Waiting until after Adventure Week ends to evolve it in the event I catch a better one. 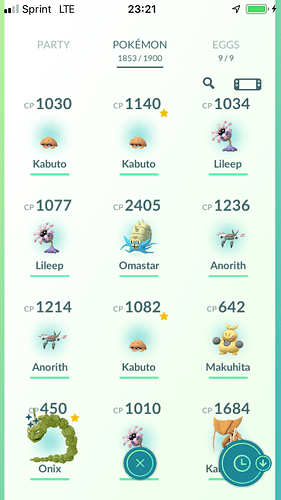 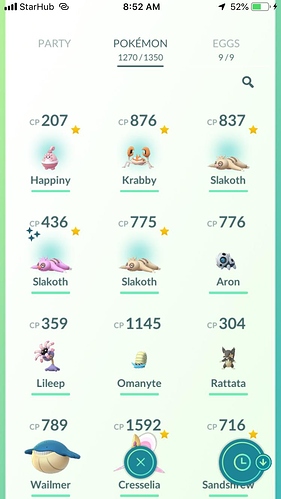 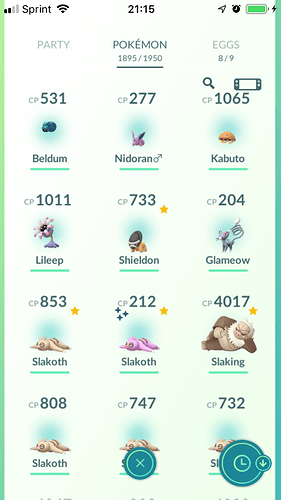 Yes, it is. Rampardos (evolves from Cranidos) has the highest DPS attack of Rock-types in the game by far, so I’m shocked you would say that. While Tyranitar is the bulkiest, Rampardos outpaces Tyranitar in DPS by almost 4 points per second. The only thing holding it back is its poor Defense.

That’s pretty interesting since you made a huge case about Gengar’s relevance in the meta in comparison to other Ghost types by calling it superior to the likes of most other Ghost types, but when Rampardos does the same thing to Rock-types clearly, you say it’s too weak. Double-talking much?

Also, Rampardos’ stamina is only six points behind Tyranitar, and has a better DPS/TDO ratio than Tyranitar. 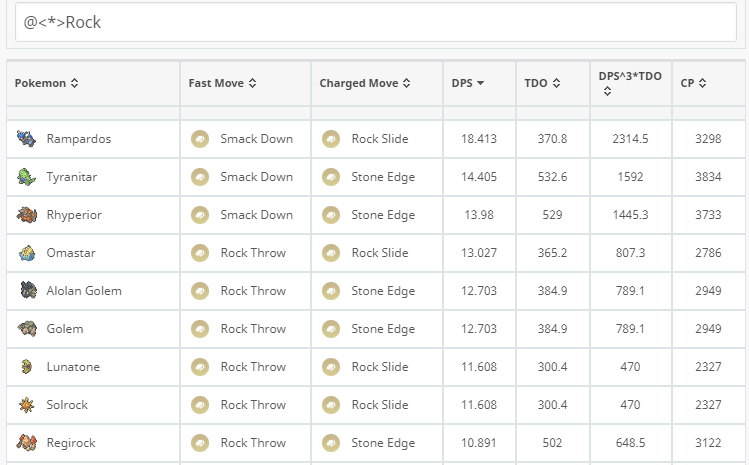 In a situation where quick damage output is needed, Rampardos is the clear winner by far. Tyranitar is great, but is more the anchor than a high-damage destroyer. Rampardos is so good at damage output that a team of only two raiders with all Smack Down/Rock Slide Rampardos can take down an Alolan Marowak without a weather boost.

NOW LET’S GET BACK ON TOPIC AND STAY ON TOPIC, SHALL WE?! 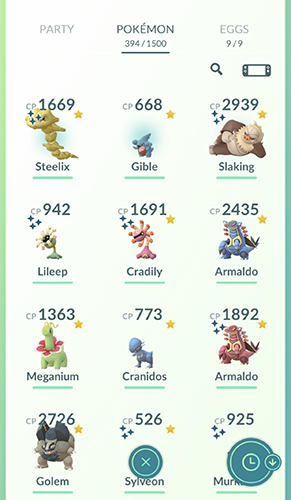 Added on the new Shinies and even a surprise Gible I found during the event. I definitely know some Lucky Friends who are down for a Gible-for-Gible trade. Let’s just hope it’s more lucky than it has been for me. 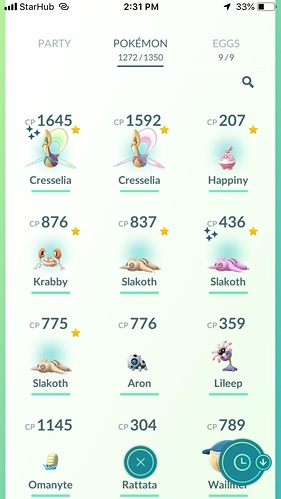 Also… Not much, havent played during Slakoth in the first half and then it disappeared 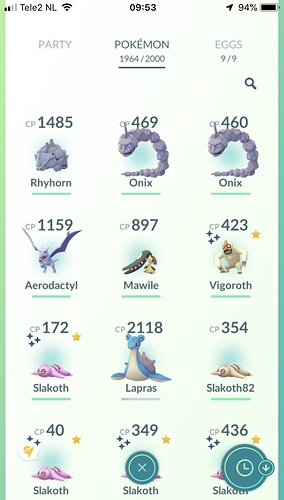