Got a weather boosted 87% with 15 attack today, hope for windy during CD time

My son’s game got moved to 2 because of poor field conditions. Now I’ll miss half of hockey game but at least I’ll be in town for start of Community Day. 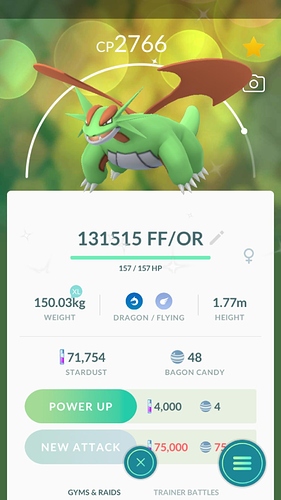 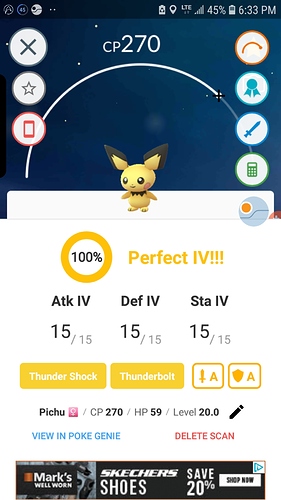 Oh and the pichu hatched with best moveset LOL

Got 1 Bagon in before CD started and 2 more in the extension when I spat the chewy with the server issues and called it a day after 3hrs 15min as it was not enjoyable with the game constantly freezing and having to be re-started.
Never got a Bagon above 87% out of 18 Raids.

2 posts were merged into an existing topic: How was Your Community day

How awesome to hatch a 100 IV Pichu with the best moveset.

Too bad the moveset would change if you evolve it. And it’s not useful for much more than to look at as a baby. (Then again, considering how often a Raichu been called on to take down a raid boss or gym, you might as well just call it Trophy Pichu and keep it unevolved…)

That has to be even more discouraging than spinning 24 pokestops in a row without getting even one gift to send to a friend, because it consumes 18 valuable raid passes.

Just spent about 300k dust to power up 6 Outrage Mence, let’s see how they perform against Latios and Giratina-O