I found this today… 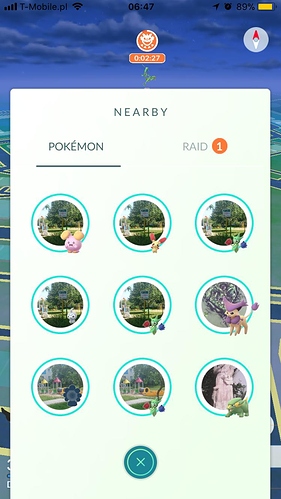 Regular Castform can spawn on all weather for some reason.

It happens when one type of Castform spawns, then the weather changes and another one spawns immediately afterwards.

Castform is insanely difficult to see on the nearby as well.

From what i understood you can have 3 different castforms at the same time. The one still sitting there from the previous hour, then a new one from the current hour when the weather changed, and then a regular wich spawns in any weather type.

But pokemons spawns for 30min. At The ss is after 40

So if you have one type spawn just before the weather changes, and one spawn just afterwards they’ll be together until one despawns

Some spawns are longer. I had Aron last night at home which had 52 min remaining according to the scanner.

I think there’s a mixture of 30min and 1hr spawns. Have also seen repeat spawns on the map where something was there. The time runs out and the same thing spawns in the same spot and runs for another hour. Confirmed as real and not a Map glitch by different people catching the same thing in the different hour slots.

Hey whats that pokemon that he hasnt seen, I wonder what it is too