Every day I play pokemon go for 2 hours. I use to have a data limit of 2 GB on my iphone. Last month I reached this limit much earlier then ever before. My provider has statics of my data use on 15th of June my data usage / day got 10 times higher then before. After some investigation I discovered Pokemon go is using 100MB/hour.

I have reinstalled the app, reset cached data and reached out to support. The only answer from support is they related the information to some team. I hoped the new version 0.213.0-A-64 would solve the problem but the data usage is still the same.

I have done some calculation and if my position would take 10 bytes, it could be send 3000 times/second or someone could send 280 books in 100 MB. Today I was outside with a friend and he uses 66MB/hour. It is significant less but still a great amount of data.

Have installed Pokemon go on android and the data usage on my account is approximal the same as on my iphone.

My impression is Niantic Support is not going to help so has anyone here a tip what I can do about it except play less. I have 115 in game friends, could this be the cause?

Where do you live?
I hypothesise that it may have something to do with the new live weather/sky feature Niantic brought out in 4 areas

Hmm. Maybe a small part of our country also experiences this as if they were in England. Do you live in the coastal area?

Delft. Just removed 25 of my friends. I will report tomorrow if it decreases the data hunger

I do and I think I may have the live weather feature. I’ll check whenever it rains 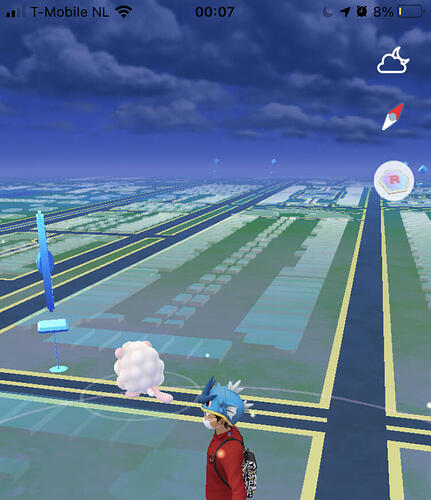 @celery @NotanotherKangaskhan
You guys should 100% experience live weather right?
May I ask wether you guys know what your data usages are now?

I never bother to check that kind of thing.
But I’ve just reset the stats so I can tell you in an hour… or maybe 24 hours…

It’s something I don’t check either. To be honest I don’t even know how to check that stuff either

I’ve mainly been playing on home wi-fi which I assume tells us nothing of interest.
But I did go for a walk for around 90 minutes (in a rural setting - with very few Pokémons or Stops - if that makes a difference).

Used a total of 11.7Mb data on Pokémon Go.
Plus a similar amount for ‘Personal Hotspot’ which I was using to facilitate playing the cat’s account on my other phone

Does that tell you anything?

Thanks for the information. Today and yesterday I walked the same distance yesterday I used 165MB today I used 135MB. I walked for almost 2 hours. Yesterday evening I removed 25 friends (90 remaining) and send 400 Pokémon’s back to the professor. This could be the explanation for the 30 MB less usage today.

On June 15th my data usage exploded. Today I remembered what happened that day. I bought my ticket for go fest… A friend of mine has also bought a ticket for go fest. In the statics of his provider we saw an significant bigger data usage but not so outrages as my increase. Have reported it to Niantic. I hope this will shed some light on the matter. Until now they only point out other background processes may be using my data. But iphone reports data usages for each app seperate.

New information. Iphone uses more data then andriod. Did go outside with a friend. We both played pokemon go. It was the same route as lastfriday afternoon. On friday I used 80MB on iphone, today on andriod I used 51MB and my friend used 32MB on android. Conclusion: I use more data on IOS walking the same distance. Two android users aren’t using the same amount of data so the problem must be by something in my account. This walk was shorter than 1 hour… Have a question? Search for answers