Let’s face it. Now that pretty much all of Sinnoh has been released officially (all that’s left is Mime Jr., Rotom and its forms, Regigigas and all the Mythicals), it means that we’re likely mere months away from a whole new onslaught of Legendaries as Unova starts to encroach upon release. Shall we talk about them then? I’ve compiled a possible move-list based on the movesets gleaned from Bulbapedia, which in turn is gleaned from from Ultra Sun and Ultra Moon. It seems that Niantic gleans from the most current lists. Moves not in the current gamemaster have not been considered due to too many unknowns. I could be COMPLETELY wrong about the move lists, but it was fun to speculate based on what is known.

These are in order of Pokedex Entry: 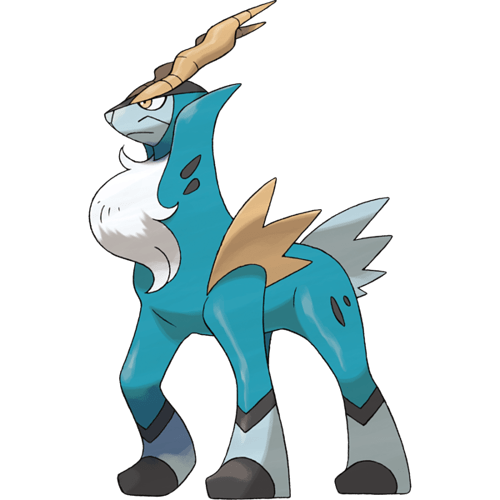 The Swords of Justice I’m a little worried about since they seem to flounder in the Fighting-type department, and their stats aren’t the best either. From what I’ve seen, Cobalion will only be good as a Steel-type attacker, and it will be outclassed by Dialga with the same moveset, not to mention Metagross with Meteor Mash.

Terrakion I have more hopes for, but only as a Rock-type attacker. It has decent bulk and and good Attack, that we know. It all comes down to moveset, as it could instead learn Stone Edge instead. Rampardos outpaces it DPS wise, but it could surpass Tyranitar in DPS should it learn Rock Slide. 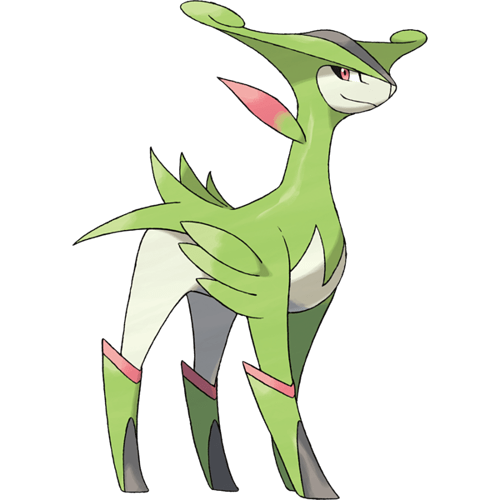 Oh, poor, poor Virizion. I fear that this Legendary fell the way of Ho-Oh, only much harder. As hard as I could try, I could not find a move applicable to even a future Grass-type Fast move. The closest I found was Magical Leaf, which is the Grass-equivalent of Swift, which is a Normal-type Charge move, so it doesn’t look good at all for Virizion. 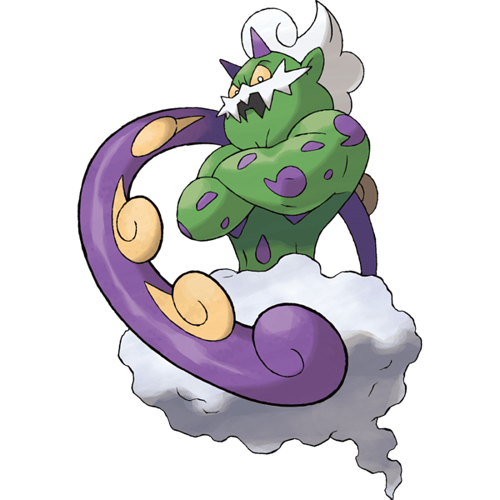 On a better note, Tornadus looks pretty solid as a Flying-type attacker. While it can learn Aerial Ace, Hurricane makes more sense due to its lore, so Niantic may decide on that instead. The other two moves I simply guessed at honestly. Grass Knot may be dangerous enough due to taking down Rock-types and some Ice-types used against it. 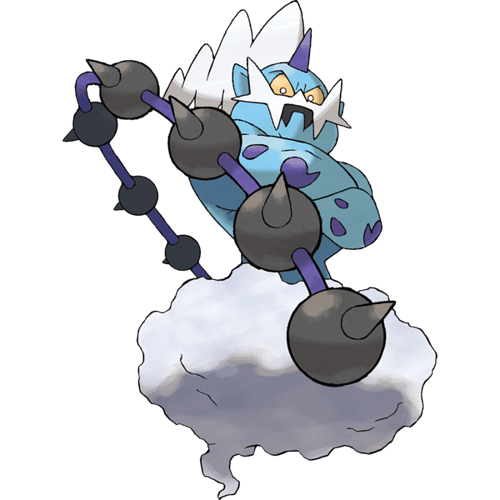 Pretty much a Zapdos clone, if it gets Thunder Shock/Thunderbolt, but it can learn Thunder as well. which would make it more thematic to its lore. It was a tossup between Thunder and Thunderbolt guess-wise. The other two moves were guesses as well. For all we know, it will be all Electric-types like Zapdos is. [shrug.] 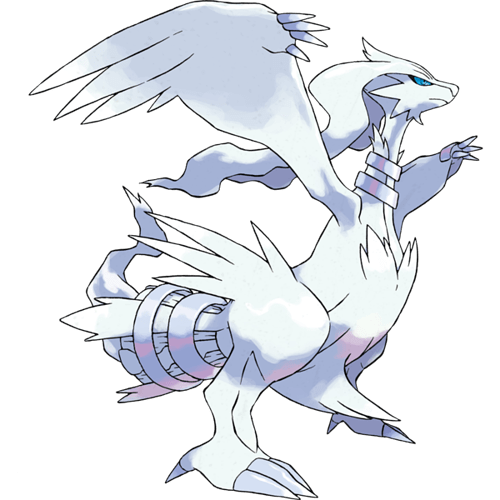 NOW we’re getting into the meat of things! From what I see, Reshiram will be great as a Dragon-type or a Fire-type, but the latter purely depends on it getting Fire Fang. From the current movelist I’ve found, it can’t learn anything that looks like a Fire-type Fast move. It could learn Dragon Pulse and Outrage as well, but due to their mystic quality, I’m betting on Draco Meteor since Reshiram is more special-attack oriented in the core games. I could be wrong… 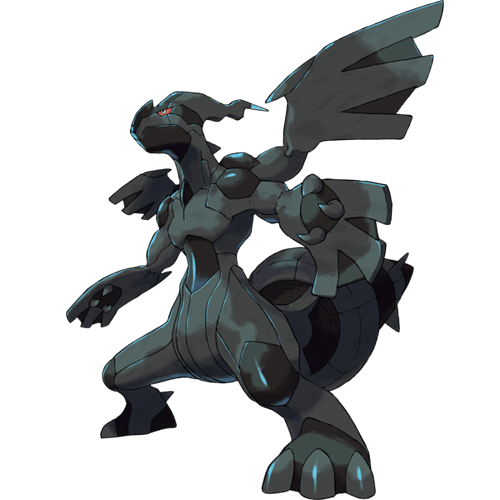 The other half of Reshiram in a sense, this one looks like it could be great in either sub-type it has as well. I’m a little leery about Charge Beam, although if Thunder Fang gets added into the gamemaster file between now and Gen 5’s release, Zekrom will destroy as an Electric-type attacker. I chose Wild Charge and Outrage as its most likely moves due to Zekrom being more physically-inclined in attacks in the core games. It’s possible! 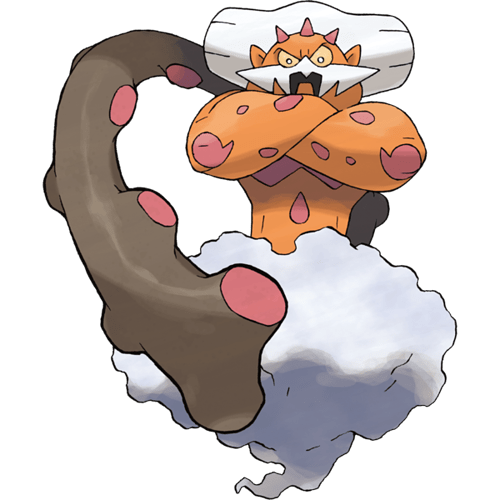 While not as good as Groudon and Garchomp, Landorus should be able to slide into third place without a problem. Since it’s relatively rare to see a Ground-type go without Rock-type moves, I figured it knowing Rock-type moves was a safe bet. I also noticed Outrage as a tutored option, and it just seemed right for it to know that in Pokemon GO. Earth Power is also a solid option as well, so we will see… 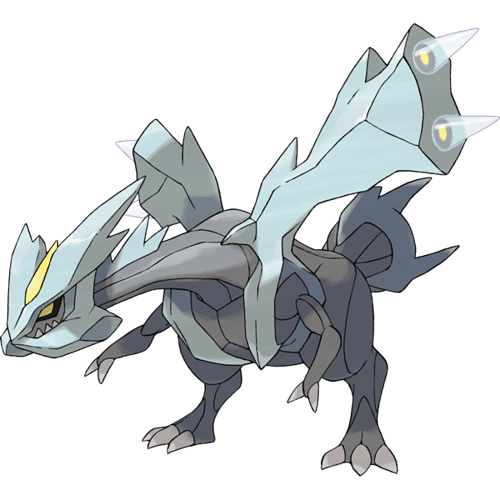 Ooh, I really wanted this to know more Ice-type moves, but I couldn’t find anything that was favorable. That being said, it looks great as a Dragon-type attacker. I saw that it could learn Draco Meteor and Outrage, and while I’m honestly thinking Outrage is more likely, Dragon Pulse was a move it used a lot in Black and White and the sequels.

That’s pretty much it for now. I could do the Mythicals, but there’s a fair few of them too. I’m sure we’re quite a way from them anyway.

So what do you think? Have any other ideas?

Superpower is still unused, this might help make Terrakion a great fighting type
And dont forget that Thundurus learns TS/WC and has an alternate forme with brutal attack
Oh and Grass Knot isnt SE against Ice

Landorus also has the option for Earth Power, which can be interesting too.

Thats a lot of research, you should take a break.

I’m aware of it knowing Wild Charge, but Thundurus being a god of thunder, it made more sense for it to learn Thunder or Thunderbolt. I think Niantic considers its lore a bit when choosing moves, like how Dialga and Palkia learned Draco Meteor over Outrage by enforcing a sense of their mystical nature. It’s just a hypothesis, but it makes sense to me anyway.

Superpower is in the gamemaster file, but it honestly won’t change anything as odds are it will be a Charge Move. Odds are stronger that it will be a Rock-type attacker primarily.

Then again, Rayquaza, the Pokemon that literally descends from the stratosphere, doesnt have Draco, I would say Wild Charge is still a possibility (although TBolt might be the likeliest)

As for Terrakion, I expect it to be a charge move, I just forgot it doesnt actually learn Counter and it lacks a fast one as well, my bad

That’s true but given how it cant defend a gym, I find it pretty useless as a coverage imo

Then again, Rayquaza, the Pokemon that literally descends from the stratosphere, doesnt have Draco, I would say Wild Charge is still a possibility (although TBolt might be the likeliest)

You could make the case that since Rayquaza is the one that puts down Kyogre and Groudon, Outrage would be a good move choice based on that. Like I said, it’s all speculation, but I’m trying to read into Niantic’s heads when they choose the movesets. After all, we weren’t expecting Draco Meteor for Palkia and Dialga, although it was a tutored move in the core games.

As for Terrakion, I expect it to be a charge move, I just forgot it doesnt actually learn Counter and it lacks a fast one as well, my bad

Yeah, sadly Terrakion likely won’t be able to capitalize on that Attack for Fighting-type moves, but it should do fine with Rock-type moves, ideally Rock Slide since it learns that one via level up in the core games.

That’s true but given how it cant defend a gym, I find it pretty useless as a coverage imo

True, but as a Raid Boss, it would make us choose carefully which Ice-types to use if we want to avoid too much fainting out. We would naturally choose Mamoswine as a counter to any of the Forces of Nature, but the presence of Grass Knot could give us pause, especially for those Mamoswine not fully leveled up.

Would love to join the speculation and analysis, but without knowing much about the core games, the best I could hope for would be to happen upon an insight by accident via random guessing.

I like the renderings, though, and can hardly wait to see what Niantic’s graphic artists produce for this.

That’s the official artwork from Game Freak, but thanks! Hopefully we will get some datamined 3D models soon in the coming months (August-September I’m thinking)

My speculation comes from researching how Ho-Oh caught the moveset it got, and I noticed that the full movelist from the Gen 7 games doesn’t permit Ho-Oh to learn moves that would be Fast-moves in Pokemon GO. I then ran the same comparisons on other Pokemon that struggled with movesets, and more or less, it came out to be the same.

In the case of Dialga and Palkia, while they could learn Outrage, they chose Draco Meteor from the tutored movelist. I’m guessing it was to conserve their mystic nature since they’re extra-dimensional Pokemon.

In the end, it’s all speculation, but it does help me see how some Pokemon could perform in the upcoming release of Gen 5 in Pokemon GO without getting my hopes up.

What you describe sounds like well-reasoned speculation to me. Thanks for the details! I tried to gain insights from an old friend and coworker who’s worked for Niantic on Ingress and PoGo for years, and he’s been very careful not to disclose anything.

And for me, in the absence of credible leaks, thoughtful speculations are golden.

Im not much of a speculator, but i do look forward to these.
Release date? Theyll get here when theyll get here. Niantic was extremely slow with Gen 4, and we still dont have all the legendarys from that gen yet so might be a while.

Im very afraid of what moveset these will get. Reshiram and Zekrom look awesome (Dem attack stats) but as weve seen before, movesets can ruin even those.
Interesting typings atleast (Ice dragon Kyurem could be a great dragon raider perhaps?) but as you say, only 1 ice attack.
Atleast it looks more interesting that the lake spirits we have now, or the REGI trio weve had in GEN3.

Slight correction but Regis are Gen 3
I agree, I will max out the two big guys regardless of their movesets

When it comes to release dates, I speculate 10-11 months between major wave releases (Halloween doesn’t really count as it’s usually only a few Pokemon). In this case, all of Johto was released in February 2017. The first wave of 50 Pokemon from Hoenn was in early December 2017. The first major wave of 20+ Pokemon from Sinnoh was in October 2018. If that trend continues, we could be seeing an August release, but I can see it being pushed to September based on the events going on in the summer.

All the Legendaries outside of Regigigas are technically out now, which I’m sure we will get at least 4 weeks dedidated to that. That means we still have over 2 months worth of summer to fill. We could see rotating Lake Trio, which would be the safest bet (and for me desirable just to get the entries) but we could get a LOT of returning Legendaries to fill the void. We could see an increased presence of special Raid Days as well. Niantic is going to have to keep us very busy this summer or else Pokemon GO will suffer greatly.

They COULD move up Gen 5’s release to mid summer, but we might have already seen data for that already had that been the case, so it doesn’t seem likely that would happen. I also put these speculations out there to help think about raid battle teams for each Legendary that will cross our path. As I’ve seen so far, we have a fair few Trainers here on the forums that are very unfamiliar with Unova, so giving them a heads up should help them along with preparations and expectations.

I’m expecting Raid Days of the Legendary Beasts this summer.

I am as well, honestly, but Niantic has surprised us before.

As they just did. 6 weeks of postponing Regigigas and GEN5.

Yup! Like I said, they might surprise us. I’m a little annoyed they decided to push back Regigigas, but hopefully that means he will be here by mid-July.

They might have a reason for pushing back regigigas release date, might end up seeing him at the end of summer