Three maxed out Kyogre here, hoping for a fantastic shiny

I’m honestly hoping to not get a better Kyogre. I have more prospects to give Rare Candy to. I’ll still help with the raids, because Kyogre is a beast. That being said, candy for either one will be great because they’re candidates for some great second Charge moves.

Bitter sweet announcement for me with theses 2 returning.
I want to improve my list of both as I have not done great on Groudon and much worse on Kyogre. No Raid Boss has frustrated me as much as Kyogre with not being able to get any great IV and the poor catch rate of the junk ones that I did get.
The biggest issue with the return is it’s stinking hot here atm as we are constantly having over 35 degree days and right now we are going into an expected week of over 40 degree days. No one is out Raiding in this and even if I did find a few crazies to join up with I’m out as the Car’s duel zone climate control has stuffed up and the drivers side is blowing 24-26 degrees making it impossible to keep my iPhone from shutting down with temp warning.

ill take all the heat for Canada. 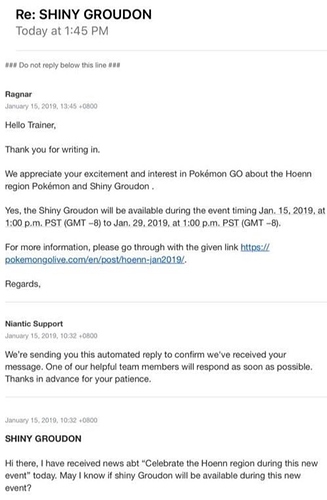 I need a 100IV Shiny Kyogre though

The better question is: Who doesn’t?

I mean, I already have 3 maxed out, but I really want that black Kyogre 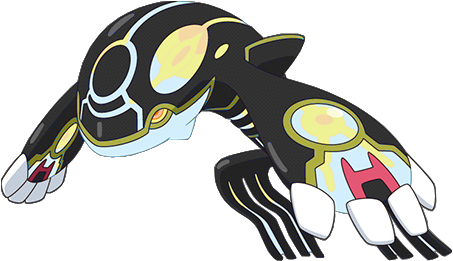 never seen that before. I’ll also take a handful of those.

I got a regular Groudon tonight, but my son got a Shiny.

I just wish I have one of each…

Did one Kyogre on way to work yesterday and got up early this morning doing 2 more Kyoge and 8 Groudon.
Going 1/3 on Kyogre and 6/8 on Groudon. No Shiny and no Great IV above 93% across mine or Family accts.
Kyogre is still infuriating and frustrating to catch.

Going back out later for another 4hrs of Raids until the end for the day. Hoping things improve or it will be a deflating day.

I have perfect catch rates this time around for either one, but still no Shinies. Trying to focus on Groudon more than Kyogre as I already have two Shiny Kyogre.

Same. I already have 2 shiny Kyogres. But still no shiny Groudon. Also, I will stop raiding Kyogre. I don’t have a good one, but it’s way too hard to catch. Almost impossible to hit with an excellent through, or even a great one. I hate Kyogre because of that. On the other hand, Groudon is so easy to catch. The excellent circle is so big. So that’s gonna be only Groudon from now on (and I already caught a 96% one with 15 attack and defense)

Throwing excellent ok Kyogre isnt that hard. It just takes alot more time.
Make sure you lock the circle on excellent, then wait for him to atack when hes in the middle (or left/right if you are able to hit it on the side).
I agree its annoying, but it does work.

I avoid Kyogre aswell, but only cause i already have it shiny twice, and a very good team of 6. Still need that big green mountain of anger and despair.

Not everyone can do the set circle method. I just couldn’t get the hang of it after practing for a few hours. I had to abandon messig aroud with it and just get on with playing the game using the good old anticipation method.
One thing I strongly agree on is you need 10x as much patience with Kyogre than anything else I’ve done.
It’s just frustrating using that time to try catch it when all you want to do is get to another Raid in hope the next one’s the great one or Shiny this week.

Now for instalment 2.
Went back out at 2:30 with some ice packs and a cooler bag. Put the phones in the cooler bag between Raids to stop them from over heating. The things we do for the game.
Went 4/4 on Groudon and 6/8 on Kyogre. Never got the Great IV I’m looking for but the luck did change on the other front. 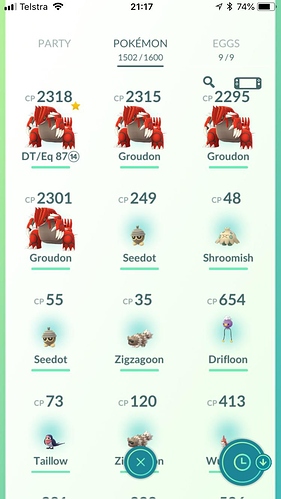 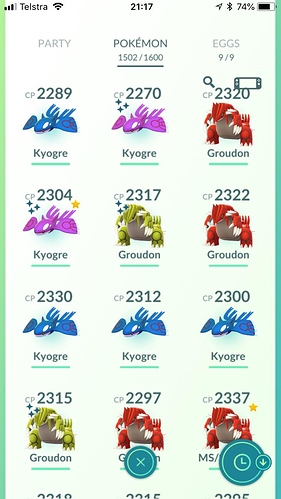