Over half of Unova has been released so far (91 total come February 2nd), and with Flying Press recently announced by Niantic, it got me thinking about Generation 6. You may remember that I did a lot of speculation for Gen 5, and I’m excited enough to give Generation 6 the same credit, despite my feeling that it won’t be nearly as profound or as shaking as Gen 5 has been. In fact, Generation 6 is the smallest generation so far with only 73 total Pokemon, and has the least amount of Legendaries/Mythicals since Johto. (3 Legendaries, 3 Mythicals).

Anyway, here are some Pokemon I feel will be standouts for Generation 6, in addition to being good assets for the game. While none of these will upset the meta that I can tell, anything is possible: 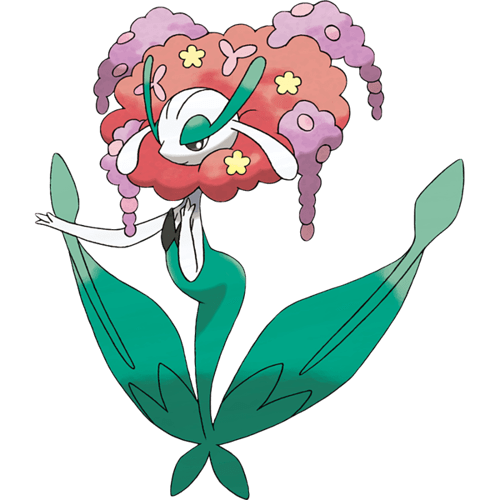 Generation 6 introduces the Fairy-type officially, and therefore will have a larger amount of Fairy-type Pokemon than ever before. That being said, Florges will be the standout among the non-Legendary Fairy types. With an overall balance in stats, it will surpass Gardevoir in CP, although not as well in attack. It will simply be the new Togekiss. Alarmingly though, it cannot learn Charm. This is probably the generation that will introduce a new Fairy-type moveset, and my candidate is Fairy Wind. Time will tell how this one will fair, but I so have my concerns. 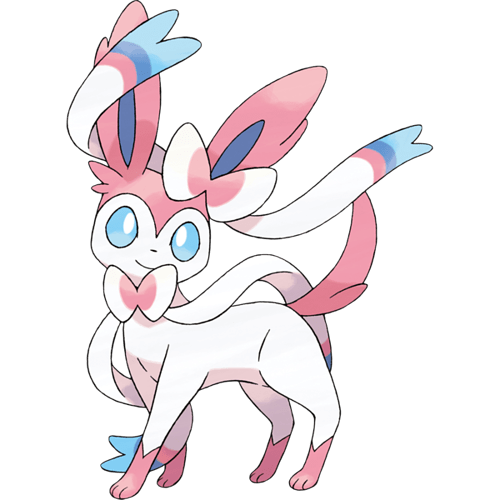 Another Fairy type, but this one is more secure in its future. The Eevee line knows Charm naturally, so it undoubtedly will know Charm. Pair it with Dazzling Gleam, and we have another well-rounded Fairy type. I’m more expectant of this one than pretty much any other Pokemon outside the starters. Evolving this will be interesting since it involves a process that is outdated in the main series, and uses the friendship process in Gen 8. Could we just get a Kalos Stone to evolve it instead? There’s a lot of Pokemon in Gen 6 that indicate a Kalos Stone would be present, so maybe… 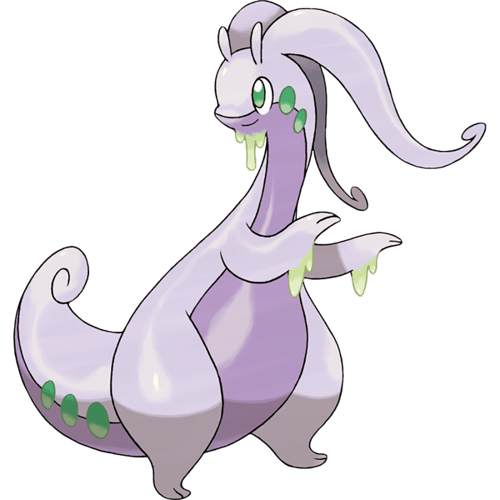 Goodra is the pseudo-Legendary of Generation 6, and it’s a little on the weaker side in comparison to its pseudo-Legendary brethren, but it will be a very solid Dragon type as every single stat it has is over 200, if not marginally so. It’s the most balanced of them all. Odds are it will know Dragon Tail and Dragon Pulse, but Outrage is still a viable option.

Since this list was so small, I’ll include all three Legendaries and their prospective movesets. I’m basing this on Bulbapedia’s list as current as Gen 7 since these Legendaries don’t make an appearance in Gen 8 as of yet: 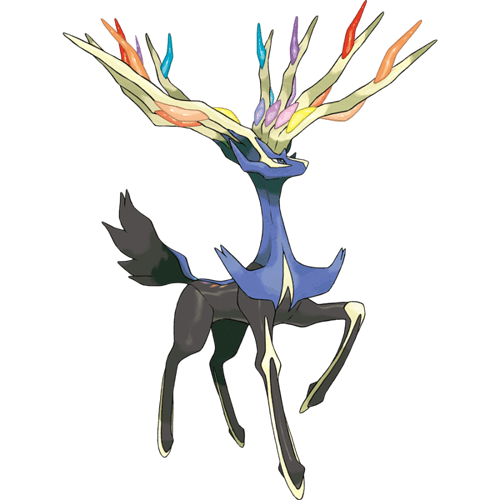 Despite Xerneas’ impressive stats (presumably 4000+ after the nerf), I fear Xerneas will be the Ho-Oh of Kalos. Without knowing Charm or Fairy Wind–in fact, it only knows two Fairy-type moves total–this Legendary will be sorely nerfed by its moveset. Hopefully, it will be introduced in the Gen 8 DLC and get some more Fairy-type moves to help it. Otherwise, it will fail harder than Ho-Oh, and that’s a shame. 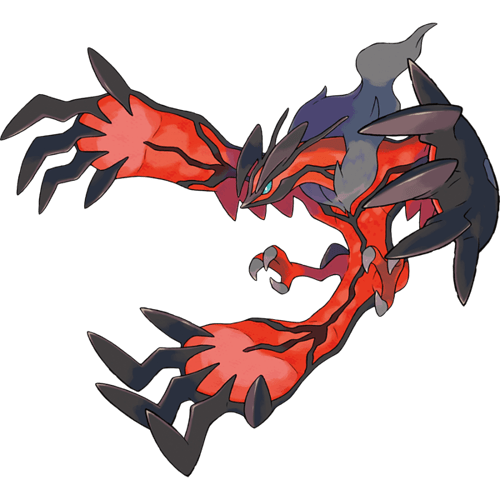 Yveltal looks to be the new king of Dark-type attackers, and even could rule as a Flying-type attacker could it get the moveset that I found. I’m honestly looking forward to this Pokemon over any other Pokemon in Gen 6. It’s also the first Legendary I’ve ever caught, so I might be biased. Yveltal looks like it will rule over Gen 6 as long as it gets great movesets. 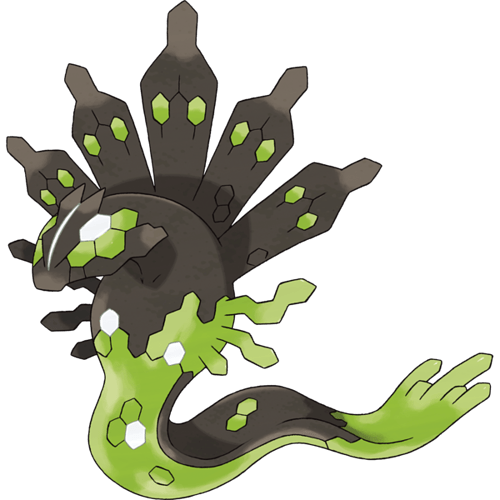 Zygarde is admittedly an odd one. On paper, it’s a weaker Legendary but among the most well-balanced ones. It also has a 100% forme, which only adds a smidgen more Attack and a lot more HP so it wouldn’t honestly change much about it aside from its longevity. This Pokemon is also the one I’m the least sure how it will be implemented due to it having three different forms and even a single-cell origin. Could it get the Meltan treatment? Only time will tell.

That’s really all I have, but I had to get it out of my head tonight. Thanks for letting me voice my thoughts here!

I’m looking forward to Sylveon and Goodra. Not really a huge fan of the others in this gen, gen 6 was one of my least favorites.

Gen 6 is actually my favorite gen, so I can’t wait.

I can sort of relate. Gen 6 was the Generation I finally decided to give Pokemon a try–was more or less cut off from it as a kid–so it’s nostalgic for me for that.

Looking forward to goodra!
Made XYZ such a good show

XY and XYZ were amazing! lol … Not that it takes much, but they were hands down the best Pokemon seasons. I’ve watched them 3-4 times now.

Ah yes, I forgot about them (shamefully). It would being a whole new thing into the game and boost some crazy things into current Pokemon!

Yeah! Finally someone who agrees. The characters were great, they worked together well and had a storyline, there was conflict and romance, all being in a pokemon world!

I love how Dedenne and Fennekin were 2 of the pokemon they had, they are so cute and awesome!
Dedenne is one of my favorite pokemon (look at my profile pic) haha

Gen 6 is looking to be the weakest generation in GO until they release Megas - even then, you’re unlikely to have more than one per battle and will still have to support your Mega Mewtwo Y with appropriate Pokémon

X and Y were some of the first games my son played on the 3DS.

I don’t disagree with you there. Gen 6 is pretty dang weak overall–I didn’t include Tyrantrum due to moveset choices–and will simply act as a dex filler generation, which I think Niantic is aware of and may find an excuse for it to be released while we’re barely half-way through with the Gen 5 Legendaries and their formes.

I do have a nostalgic thing for Gen 6 as it was the generation that finally brought me into Pokemon. Yveltal was the first Legendary I’ve ever caught.

Greninja was my 3rd (out of 4 so far) Pokémon I’ve brought up to Level 100, I know that feeling

For me that was a mew in Pokemon gold, second was Lugia, third ampharos. All in gold. Mew was captured with mew glitch in gen 1

Emboar and Latios in Black 2 about 6 years ago, Greninja in Y a year later and last dcemeber a shiny Dragapult in Shield

Back to topic - Megas look much more interesting than the entire Gen 6 line-up tbh, especially monsters like Rayquaza, Mewtwo Y, Blaziken, Garchomp, TTar or the primals

You darn right. I’m hoping that we just need an item to get Mega Evolutions and not actually have to catch them. I have a hundo Groudon that would LOVE to go Primal.

While we don’t have any real meta-shakers. we do have some winners and some losers.

Some pleasant surprises, but let’s just hope Xerneas gets the lift that Ho-Oh got and soon!