Articuno Day? Let’s discuss! Was it any great?

Essentially yes. I’m hoping that at least 80% of raids are Articuno because sometimes i can walk even in urban areas for an hour+ without seeing one

Hope they make it on all gyms. 45 minutes waiting 45 minutes for raiding… that makes that there could only be 2 raids in each gym. So, on the urban regions people can select the place where they have many gyms around… since they will get more people to help on the raids.

3hr window is too small imho.

EDIT: Why am I always wrong😪

If its the same hours as community day, i only have 2 hours i can participate. So i hope shiny chance is high atleast.

If we get the five free raid passes, that will be most raids I’ve ever done in a day.

I was wondering how it is supposed to work… Will there be a 3 hour raid at every gym (without raid egg beforehand), so we can do one raid at every gym, or are we supposed to run around to find rare legendary eggs that might hatch within these 3 hours?? The latter has already been a struggle for many when time was not a problem…
The shiny rate better be huge…

I’ve done some rough calculations on what I think I can expect Saturday in the small 3hr window for Ice Chicken whist driving around looking for Raids. Group of 8-10 accounts is already locked in.
The key to a successful day will be being able to move from Raid to raid and do immediately because it’s already hatched. Waiting for eggs to Hatch will be a big time waster.

Those are all based on Raid, Catch and Revive/Heal then drive to next one.
I’m not one for Raid and run if IV is poor or not Shiny. I know some that play this way.

Taking into account runners I can see a lot of frustrated and angry people at the end of 3hrs with only 1-2 Articuno and/or no Shinny.

I’m looking forward to it, just being able to do 5-6 raids in a row with my son and all the cool people we raid with in our town. All the people on our Discord are ready. I’m pretty sure we will have too many people each raid and have to split into 2-3 groups.

3 articuno is a masive fail X_X

Thats what i call impossible

17 Cuno, all caught but neither were too good or shiny

I personally did 8, and had amazing luck in getting both a 100% and a shiny Cuno

I did none and saw none because of rurality

Why didnt you move to a city for these 3 hours?

Some people dont have citys close to there homes

I plan to walk to 4 gyms near my house, about 1.5 miles away. Will be pissed if there is not a raid at every gym for three hours.

Literally every gym was spammed with Articunos in my town. 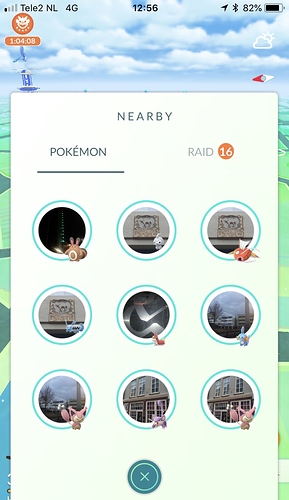 Good luck, you in USA timezone, PDT like me?