Throughout the past few months, many of you have worked hard to meet the goals of Professor Willow’s Global Research Challenge. During the Dortmund Safari Zone event in June, Pokémon GO Fest in July, and the Yokosuka Safari Zone event in August, Trainers from all around the world completed a variety of research tasks for Professor Willow with dedication and enthusiasm. And now it’s time to celebrate with a special Ultra Bonus Event!

And there’s more! On September 20 at 1:00 P.M. (PDT), Mewtwo will come to Raid Battles for the first time ever! Mewtwo has previously only been available to Trainers invited to EX Raids, but now all Trainers will be able to challenge the Legendary Psychic-type Pokémon until October 23 at 1:00 P.M. (PDT). So prepare yourself, and don’t miss your opportunity to encounter this powerful Pokémon before it disappears!

Finally, there is one more special surprise: Farfetch’d, Kangaskhan, Mr. Mime, and Tauros will be joining the Alolan Pokémon in 7 km Eggs through the end of September! These Pokémon have not migrated to many parts of the world, so don’t miss this unique opportunity to send Gifts to friends and finally achieve a complete Kanto Pokédex!

Thank you, Trainers, for working together to complete Professor Willow’s research. There is plenty more to explore, and many new Pokémon to discover. So let’s get out there and GO!

Mewtwo FOR all and all a MEWTWO!

Even better than I could have asked for… 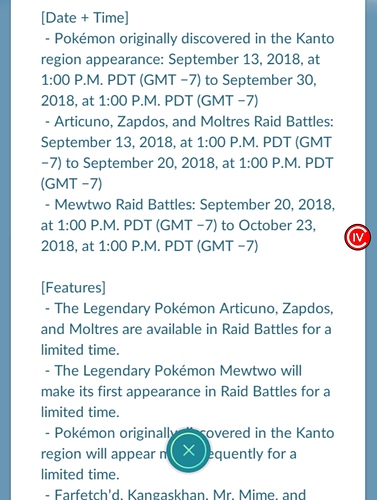 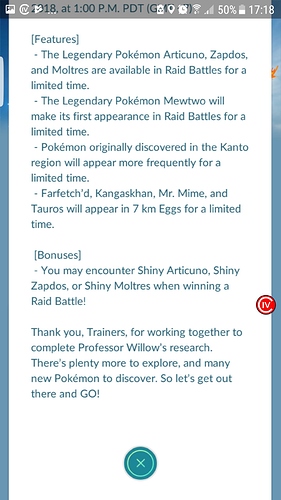 want me to fly there real quick an ask?

All aboard, The Hype Train‼️

Psystrike UP next PLEASE.

Finally, eggs for Kangaskhan, Mr. Mime and Tauros! If they are from 7km eggs, it means you can only get them from your friends where these regionals originally appear right?

Already board for 40 minutes